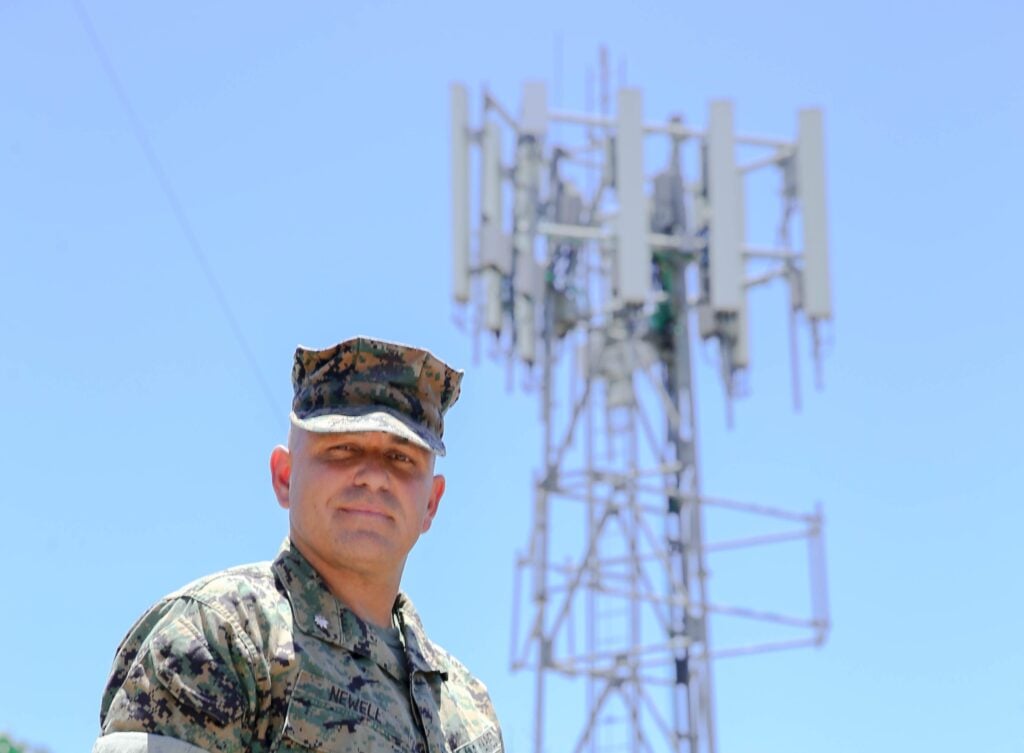 ALBUQUERQUE: When Joint Base Pearl Harbor-Hickam fully incorporates 5G, it should speed preemptive maintenance and improve the readiness of aircraft at the base to more than 80 percent, James Beutel, the Air Force’s deputy chief technology officer said today. Beutel spoke at AFCEA DC’s 5G Defense Summit, where he was joined by leaders from the Army, Navy, and Marine Corps who all stressed the transformative nature of having 5G on bases.

With 5G in place, and the force able to use it effectively, it may drive everything from endpoint data processing to better resilience of command and control in the event of kinetic attacks.

“5G is one of the most transformative technologies coming to us, second only to the cloud,” said MG Matt Easley, director for cybersecurity at the Army G6. “5G is the most ultimate dual use for the Department of Defense. Every use case we walk through today that’s applicable to civilian society is almost 1-to-1 applicable to military operations or our enterprise operations.”

The Army’s physical enterprise of 288 posts, camps and stations is a beast to modernize. Easley also pointed to the 3,000 Army Reserve and National Guard bases as part of the overall picture of where new IT infrastructure will go. He sees the flexibility and power of 5G as a way to achieve that modernization at scale: “If you look at our integrated visual augmentation system, our IVAS goggles, that we are about to field over the next year or so, we’re looking at buying 10s of 1000s devices.” Augmented reality systems with 5G are already being explored in a medical setting by the Veterans Health Administration.

For training in the field, that means the Army will set up a cell tower to create a Local Area Network. Back at a base, using 5G lets those same devices offload data and work in simulated training environments. 5G creates a uniform means of connection, which can work equally well on infrastructure in the field or at a base.

Jim Balocki, deputy assistant secretary of the Navy,, emphasized how 5G can support training in both entirely virtual environments, and in simulated environments that mix virtual with physical objects. This makes it possible to simulate scenarios with not just people but with systems, as servicemembers are likely to encounter in the field.

“One area we’re particularly interested in is examining passive out communications infrastructure,” said Balocki. “This is a means to ensure opportunities for every carrier on our base, and ensuring that construction with backhaul infrastructure only has to happen one time. We anticipate this will allow future compatibility of wireless technology.”

The easier it is for military bases to sustain communications on secure, rapidly set up networks, the less the military has to rely on fixed bases for directing battle in real time. Static bases are known and tempting targets. One promise of modernizing communications is moving command and control away from that model.

“At Ellis, we are working on aggregated and distributed command and control,” James Beutel, deputy chief technology officer of the Air Force, said. “Today’s air operations centers are static, easy targets. It’s a huge liability. We’re looking at the ability to modularize the entire air operations center, or any C2 node that’s out there. Not only disperse it, but keep it on the move to make it very difficult for an adversary to deal with.”

That’s a potentially transformative change in operations, though not one without precedent. Nuclear command and control is already designed to route through mobile airborne command centers if need be. If 5G can bring down the cost of setting up mobile command, it makes it far more useful in a range of more common scenarios than nuclear warfighting.

More immediately, Beutel outlined how 5G connections could speed aircraft turnaround and maintenance after flights. Wirelessly offloading plane data and then feeding it into computers on-base for processing has the potential to improve military AI development, itself useful for everything from better application of sensors in combat to simply more accurate predictive maintenance needs.

The Marine Corps, through a test of Expeditionary Advanced Base Operations at Camp Pendleton, is exploring 5G’s uses in tactical scenarios.

Working with industry, the Corps is looking for high resolution, high fidelity sensors, autonomous connected vehicles, and exploring the applications of edge computing through 5G towers. All of this will inform the requirements the Corps makes for its 5G purchases in the future.

Balocki cautioned that smart technologies are unlikely to cause a wholesale rethinking of base design, noting that the Navy has over $500 billion invested in its physical infrastructure, saying instead “I am confident that [modernization] will move in tandem with communities and businesses and industries that support us to make use of this technology as they mature.”

Texas lawmakers want to ban dangerous radioactive waste. The proposal would give ...