Some lenses produced from the 1940s through the 1970s were treated with radioactive thorium oxide to curb chromatic aberration. But as Andrew Walker explains in this 7.5-minute video, modern digital cameras can actually “see” that radiation as image noise that has the potential ruin your long exposures.

There are a significant number of lenses produced between 1940 and 1970 that are measurably radioactive, like the Pentax SMC Takumar 50mmf/1.4 lens Walker shows in the video above. Thorium Oxide is the main culprit of this radioactivity and was applied to glass elements because of its crystalline structure. That structure, with its high refractivity and low dispersion, gave lens designers a way to minimize chromatic aberration and use lenses with lower curvatures which are a lot less expensive to produce. 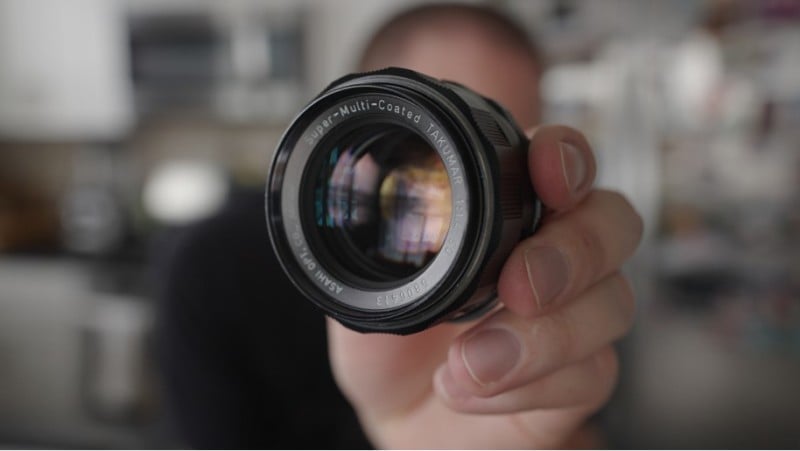 Lenses treated with thorium oxide have a yellowish tint to them, which is less of an issue for black and white photography common in the mid-1900s but is most certainly noticeable with modern color digital sensors. In the video above, Walker shows what a lens that is not treated with thorium oxide looks like when compared to the radioactive vintage Pentax lens: the latter results in noticeably warmer, yellowish footage. 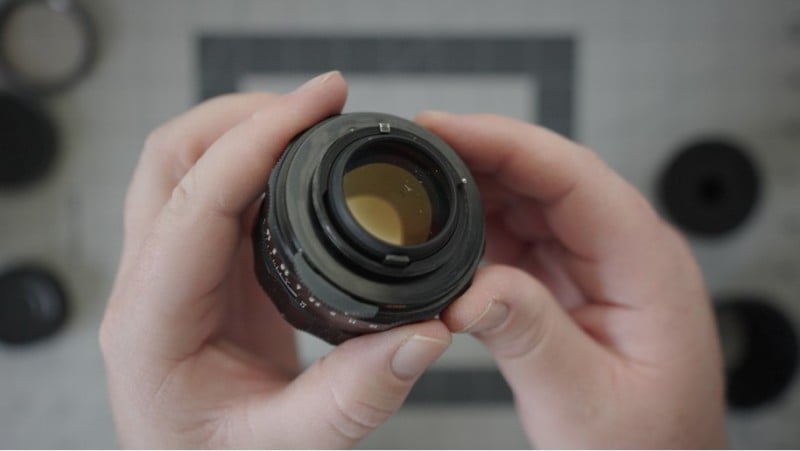 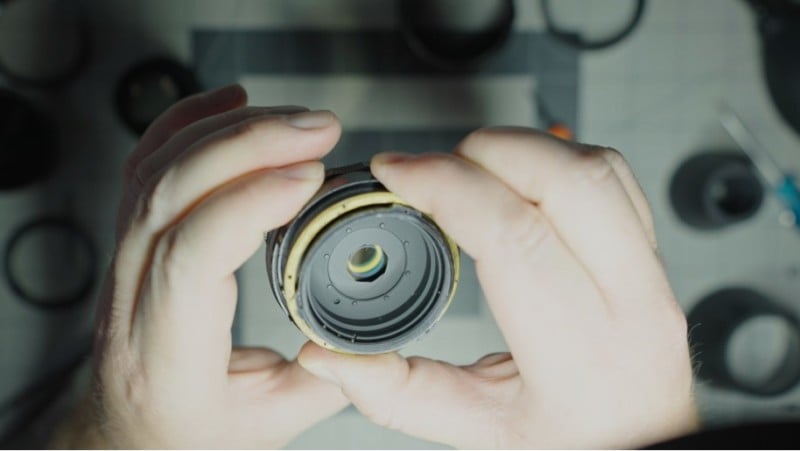 As part of investigating the effects of radioactive lenses, Walker took apart the Pentax to see what parts were radioactive and how radioactive they are. What he discovered is the rear element of his Pentax lens was around 650 times the level of background radiation: 24,000 CPM.

That may seem like a lot, but unless you expose yourself to the radioactive element for a long period of time, it’s probably not something to worry too much about, especially if it’s attached to a camera that does reduce the amount of radiation making it to your eye when you hold it up to take a photo.

Given the amount of radiation given off by the lens, Walker was curious if modern camera sensors would be capable of seeing that radiation. Since solar flare radiation is visible on a satellite camera, Walker believed there was a strong possibility that the same effect would happen on photos taken with a radioactive lens.

He originally attempted to test this with a Sony A7S III but found that the artifacts he would see on the LCD would not translate to images because the noise reduction software in the camera is so aggressive (though this is a feature that can be turned off). In the video above you can see the radiation noise show up while he is recording video clips. But in order to better illustrate the effect, he put the lens on a Nikon D850 to capture stills.

What he found is that yes, there is the possibility that the sensor will pick up the radiation as visual noise. Below is what that noise looks like over the course of 120 photos (stacked together into one image). 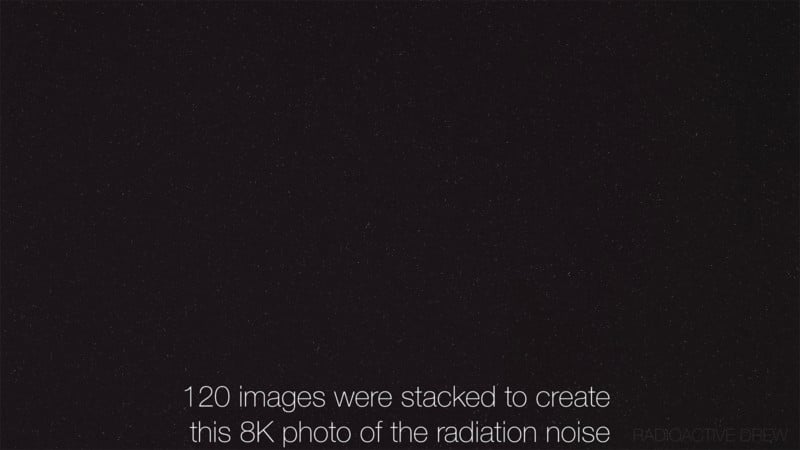 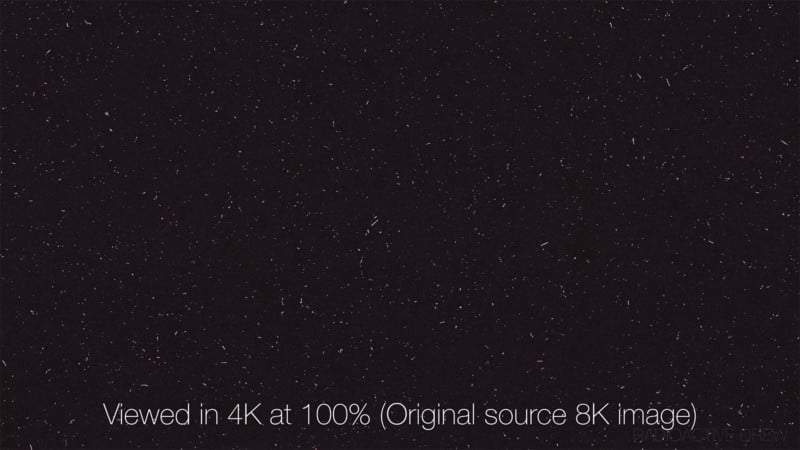 The answer to the question originally posed is therefore technically yes: using vintage radioactive lenses does have the potential to ruin certain types of photography such as long exposures or star-stacking, though it won’t necessarily always happen and certain cameras will get rid of the noise automatically, treating it the same as it treats sensor noise that comes as a result of long exposures. Additionally, other more common types of photography would likely be unaffected.

Still, Walker’s experiment shows that these vintage lenses — of which there is a great number out there — can have unintended side effects when used for modern digital photography.