Casale SA (Lugano, Switzerland) has announced that its technology will be used to boost capacity at one of IFFCO’s (Indian Farmers Fertiliser Cooperative Ltd.) fertilizer complexes. The site in Kandla, Gujarat produces phosphates and nitrogen, phosphorus, and potassium (NPK) fertilizer.

Two of the existing lines at the site were commissioned in 1999, based on Grande Paroisse‘s Dual Pipe Reactor technology (DPR), presently licensed by Casale after the company acquired in 2013 the entire Nitrates and Phosphates technology portfolio originally developed by Grande Paroisse.

When IFFCO decided to debottleneck the two lines it opted for Casale’s Solid Fertilizers technologies and expertise. Under the term the agreement that was awarded early this year, Casale will study the modifications required to boost the output by 15% to25%, depending on the fertilizer grade to be produced, as well as furnish, for each of the two lines, one new Pipe Reactor to replace the existing one in the granulator. 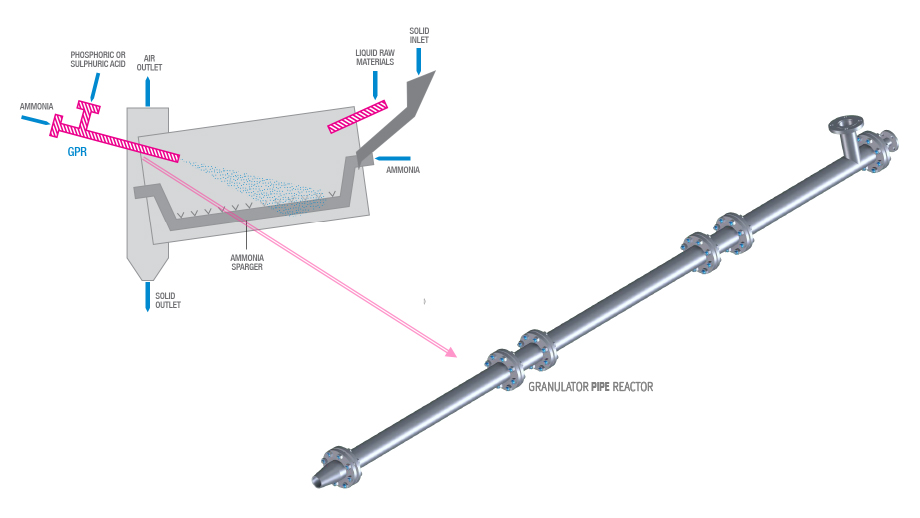 Casale’s technology will boost capacity at one of IFFCO’s phosphates and NPK complexes (Source: Casale)

The new Granulator Pipe Reactor (GPR) is central to the revamping approach devised by Casale as it allows to: increase the phosphoric acid feed to the plant; increase the N/P molar ratio;  minimize the impact on the scrubbing system as well as on the rest of the plant. In particular, the existing Pipe Reactor in the dryer (DPR) will be not replaced; and increase the overall plant flexibility of operation.

Furthermore, the new GPR can be easily fitted in existing granulator drums without major modifications.

Restraint, Not Superiority, in Space

Adicet Bio Appoints Dr. Andrew Sinclair to its Board of Directors