Home›Biological›COVID AND THE SPY GAME
Biological

COVID AND THE SPY GAME 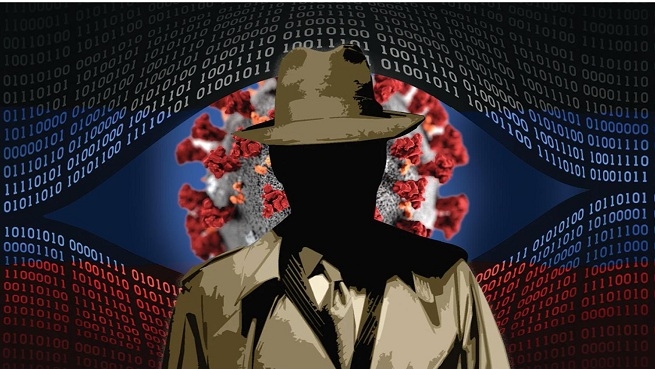 TRIKING footprints of Mossad are visible in Israel’s ongoing fight against the coronavirus pandemic. A spy agency, known for its adventurous covert operations, hardly has a business in national healthcare – or so many may say. Yet, Mossad operatives played an integral part in getting medical gear, test kits, and technical knowledge needed to control the pandemic. It was a massive departure from the usual duty for the most-revered intelligence gathering agency. But it was also an indicator of the possible watershed moment for the business of espionage. 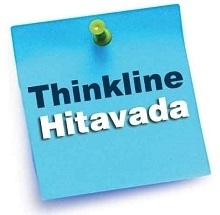 The world of spies has mostly concentrated on thwarting terrorist attacks, tailing financial transactions, and discovering nuclear threats for the State post the Cold War, and also conducting undercover subversions in an enemy State. It was seen as the next step for spies from the hot pursuits on the plutonium route or seeking intel on uranium enrichment for nuclear bombs. But the new danger is clear and present. The coronavirus and the mystery shrouding its origin, possibly from a lab in China’s Wuhan province, have firmly put focus on use of biological weapons. It is a new and deceptive challenge for Intelligence agencies across the world. Major operations for the likes of Israel’s Mossad, India’s Research and Analysis Wing (R&AW), Britain’s MI6, America’s CIA or Russia’s SVR, in the recent times, have centred around national security dominated by terrorism threats.

There have been demands of widening the scope of Intelligence gathering after hints of biological warfare through Anthrax. Yet, little leeway was available for the agencies, courtesy the lack of interest of the policy-makers. The coronavirus crisis has now raised a significant worry for countries to include global health security, too, under national security. Though espionage is an integral part of statecraft since ages, and spying is among the oldest professions, its definitions and scope changed as per the rulers’ ideas. But collecting vital details — Intelligence — that may pose threat to the establishment, be it terrorism or building nuclear bombs, has remained a set template for Intelligence agencies in the last several decades, making Intelligence an ongoing process no matter who is in power.

Mossad’s involvement in getting over a lakh test kits and know-how is a sign of the Intelligence world moving to adapt to the changes thrust upon espionage by the COVID-19 pandemic. News reports in Israeli media indicate that the involvement of Mossad was necessitated as early as in February when the officials of the country’s biggest hospital, Sheba Medical Centre, panicked after the shortage of ventilators and other equipment. A meeting with Mossad chief Yossi Cohen pulled the agency into health system security as Mossad activated its international network to get the items needed. Similar operations might have been underway in other nations’ agencies too but Mossad will be remembered for coming to the country’s rescue in an unusual battle against an invisible enemy.

It must have set the ball rolling for other Intelligence agencies. However, the coronavirus is altogether a different challenge, especially the immediate task of digging info about the virus from the dreaded Wuhan Laboratory. The Chinese security layers and State-controlled media are among impregnable fortresses for Intelligence agencies. It will take a Herculean effort for the spies and operatives to break into the truth. Individual probe by investigative journalists has held the Wuhan Laboratory responsible for the coronavirus outbreak. Investigation suggested role of an intern messing up with the virus handling, and later passing it on to her boyfriend. He is supposed to have infected scores during a visit to the now under-scrutiny ‘Wet Market’. However, any evidence that could have helped prove the claims has gone missing, according to the news agency probing the matter. Records of the personnel in the lab have disappeared and its administration has been taken over by military officials.

The Chinese Red shield is all over the place. Spy agencies will have to make a great deal of effort in preparing their Intelligence assessment to bring out the COVID truth. Initial reports from American Intelligence have squarely pinned the blame on China. It was on expected lines in wake of the acrimony over trade and tariff between Washington and Beijing. Even otherwise, the CIA has the history of toeing the official line that suits the country’s political narrative and also long-term game plan. In the early part of this milliennium, the insistence on discovery of Weapons of Mass Destruction (WMDs) in Iraq by then Vice-President Dick Cheney was reluctantly made an official theory by the CIA.

The fact has been articulated in several official documents, including a report by the Pentagon’s Defence Intelligence Agency. It had concluded that “there is no reliable information on whether Iraq is producing and stockpiling chemical weapons, or where Iraq has — or will — establish its chemical warfare agent production facilities.” Rest is history, whichever way it has been recorded in the American Intelligence story. China, particularly Wuhan, presents a complex ballgame for Intelligence agencies. It is a direct confrontation with a regime with an iron-grip on the country. And it is a blind plunge into an issue that did come up for discussion between spymasters and their bosses in the executive but never really became a serious threat.

The Intelligence community provided briefings to policy-makers about the dangers of a virus, based on info gleaned from China. However, it seems to have made little impact. It is something the spy agencies have always known – whatever the Intelligence, it doesn’t matter if people at the top don’t listen. The threat of biological weapons is now real. The COVID pandemic must settle the issue once and for all. ‘Biological espionage’ was a part of the Cold War when the West and Soviet Union were desperate to understand what secret nerve agents the other side might be developing. Even today, countries do see an international pandemic as national security risk but it does not reflect in the resources or in the way in which the issue needs to be tackled at the same level of terrorism, war, and cyber attacks. Coronavirus pandemic now shifts the ‘Biological espionage’ to another level. Spy agencies will need a major adapting to the health situation in another country.

It means having agents in the right place, additional surveillance on communication, details of medical hospitals and burial sites, new devices to scan health and bio threats, and even the challenging task of taking on Artificial Intelligence. A different set of skills also needs to be developed by those who analyse Intelligence. Health experts’ help here is imperative alongside military experts to process reports based on what comes in and present them to policy-makers. The game has changed for the spies. And no one can afford to lag behind. In former R&AW chief Vikram Sood’s words, “Any agency or Government that hibernates as the world changes rapidly will find catching up in the race increasingly difficult.” The race has already begun.