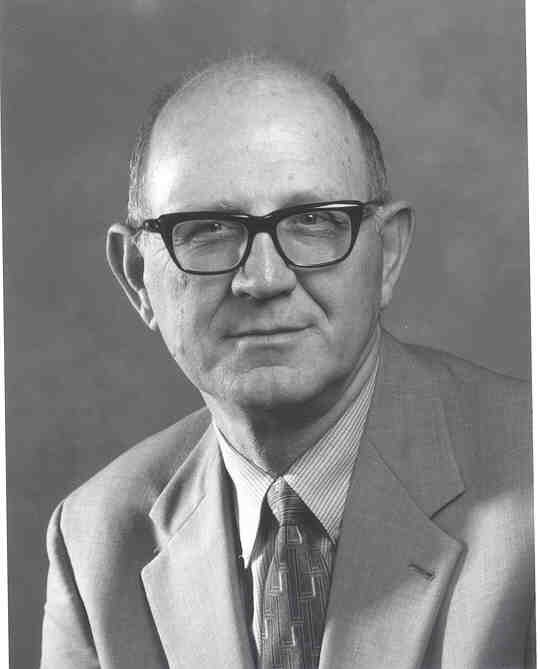 Four family members who all hold degrees in chemical engineering have come together to honor the life of beloved professor and mentor Jim Turpin.

A gift from the Mourot family will establish the Dr. Jim L. Turpin Student Advising Center in the Ralph E. Martin Department of Chemical Engineering.

The $50,000 gift from Morrilton, Arkansas, natives Michael (B.S.Ch.E.’76, M.S.Ch.E.’77) and Janet Mourot was made to honor Turpin’s impact on their family. Turpin served the College of Engineering for more than 40 years.

Mourot, his sons and his daughter-in-law all graduated from the department while Turpin was teaching. Joshua and Rebecca Mourot both graduated in 2003, and Jordan Mourot graduated in 2005, all with bachelor’s degrees in chemical engineering.

During his distinguished career, Turpin received multiple teaching awards including the UA Alumni Association Outstanding Teaching Award in 1982, the Catalyst National Award for Excellence in Teaching in 1991, the Carnegie Foundation Arkansas Professor of the Year in 1996, and the College of Engineering Outstanding Service to Students Award in 2003. He was also a founding member of the UA Teaching Academy and a co-director of the Wally Cordes Teaching and Faculty Support Center.

More importantly, he made it his goal to personally know each of his students, and in doing so encouraged, mentored and profoundly impacted hundreds if not thousands of young lives.

Michael Mourot, who retired after 27 years with Dow Chemical and now is senior vice president with Sinclair Group Consulting, credited Turpin with showing him career opportunities that shaped the course of his life.

“Coming from a small Arkansas town the idea of chemical engineering was unknown,” he said. My original plan was to be high school math teacher and a coach. Dr. Turpin helped change my plan. I was able to work for Dow for many years and then as a consultant. It was special to me to have Dr. Turpin as a mentor and then to have my two sons also mentored by him. It is a bond we will always share.”

For Jordan Mourot, who graduated in 2005, Turpin was instrumental in his decision to come to the University of Arkansas, and he said Turpin was with him every step of his college career.

“Dr. Turpin was the person who welcomed me and everyone else into Intro 1 my freshman year and then sent me out with Process Control as a senior and gave me a hug on the stage at graduation,” he said. “His messages in class, in particular the first lecture in Intro 1 and the last in Process Control had nothing to do with any technical problem solving, but were focused on ourselves and how the next four to six years in school and in industry would shape our lives. In those lectures, he gave us his heartfelt advice in living within your means and challenging yourself to continue learning in all that you do.”

Jordan is now a Local Improvement Leader for Dow Chemical in Terneuzen, Netherlands.

“Everyone knew that when you were struggling or feeling overwhelmed that you went and talked to Dr. Turpin,” Rebecca said. “After a visit with him, you’d walk out of his office feeling a little better and knowing that everything was going to be OK. He took the time to help me with scholarships and deciding between job offers, and his help and advice didn’t stop once we left the university.”

“Mentorship was at the core of Dr. Turpin’s role in the department,” Joshua said. “He was a great teacher and a transformational mentor. It is nearly impossible to find a student he taught that won’t echo that reality; his ability to understand the individual person and tailor advice to their needs and situation was unique. As time passed for me in school, our meetings went from encouragement and just getting through a semester to planning for the future and strategizing not only about the next steps in my career, but about prioritizing my life. I am excited to be a part of establishing an advising center in his name as a representation of his tireless efforts to always deliver for his students.”

Joshua attended medical school after graduation and is now a bariatric and advanced laparoscopic general surgeon.

Turpin’s influence reached to all members of the Mourot family. Mallory Garcia (Mourot), Mike and Janet’s daughter, said, “Dr. Turpin was very special to our entire family. As an example of how he cared for and influenced all of my family, I did not go to Arkansas, but he sent me a letter when I graduated high school even though I was not going to U of A.” Mallory now works for Qbtech.

Michael Mourot said he hoped the advising space will bring together students and faculty and will lead to the same life-changing relationships his family forged.

“This new advising space will hopefully be a means for students to figure out their paths in their time in Fayetteville and beyond,” he said. “From my experience, Dr. Turpin valued the one-on-one discussion time with his students to get to understand what you as the student wanted and how ‘we’ could get to that point.  He never sugarcoated anything, but he was straight forward with you and made it clear that he was there to help. I hope that this space provides for those relationships between students and the faculty to grow.”

Ohio legislature needs to act on House Bill 6 – then fix ...

What’s the latest on the COVID-19 vaccine? – The George-Anne Media Group