A Japanese high court on Thursday ordered the operator of the crippled Fukushima Daiichi nuclear power plant to pay damages to evacuated residents, but it overturned a lower court ruling that had also acknowledged the central government’s responsibility over the 2011 nuclear crisis.

Among around 30 such lawsuits across the country, the decision of the Tokyo High Court was the first high court ruling absolving the state of responsibility, contradicting an earlier decision of the Sendai High Court in September that ordered both the state and Tokyo Electric Power Company Holdings Inc. to pay damages. 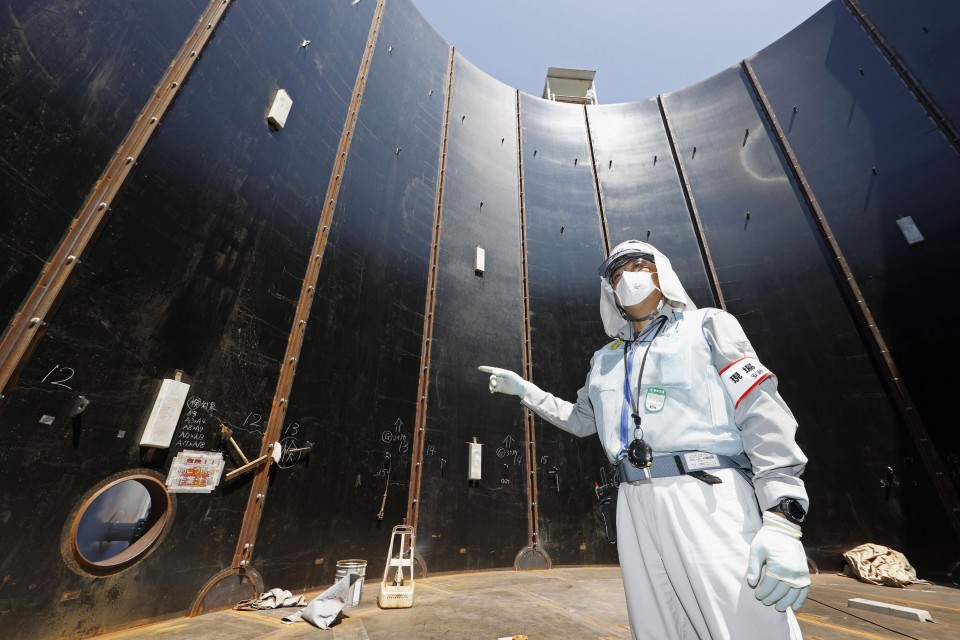 A worker speaks to reporters inside one of the additional tanks being built on the premises of the crippled Fukushima Daiichi nuclear power plant in northeastern Japan on Aug. 26, 2020, to store treated water from which most of the radioactive contamination has been removed. (Kyodo) ==Kyodo

In March 2017, the Maebashi District Court awarded a total of 38.55 million yen ($373,000) to 62 plaintiffs who evacuated from Fukushima Prefecture, including those who voluntarily left, acknowledging the government and the utility were negligent in preparing for a tsunami like the one that struck the facility.

The court said the disaster was caused by a failure to cool nuclear fuel as water entered turbine buildings through air supply openings in the wake of the tsunami triggered by a massive earthquake, crippling emergency switchboards.

The lawsuit was filed by a total of 137 plaintiffs relocated to Gunma Prefecture, eastern Japan, and elsewhere. They sought a combined 1.5 billion yen — 11 million yen each — in damages for emotional distress.

They were forced to leave their hometowns as three reactors suffered meltdowns at the plant after the magnitude-9.0 earthquake and ensuing tsunami hit northeastern Japan on March 11, 2011.

The plaintiffs said they had lost their livelihoods and faced inconvenience for an extensive period, and the amount they received under the current state compensation guidelines was not enough.

Only 30% of Fukushima residents happy with disaster recovery progress

Melted fuel removal from crippled Fukushima reactor to be delayed