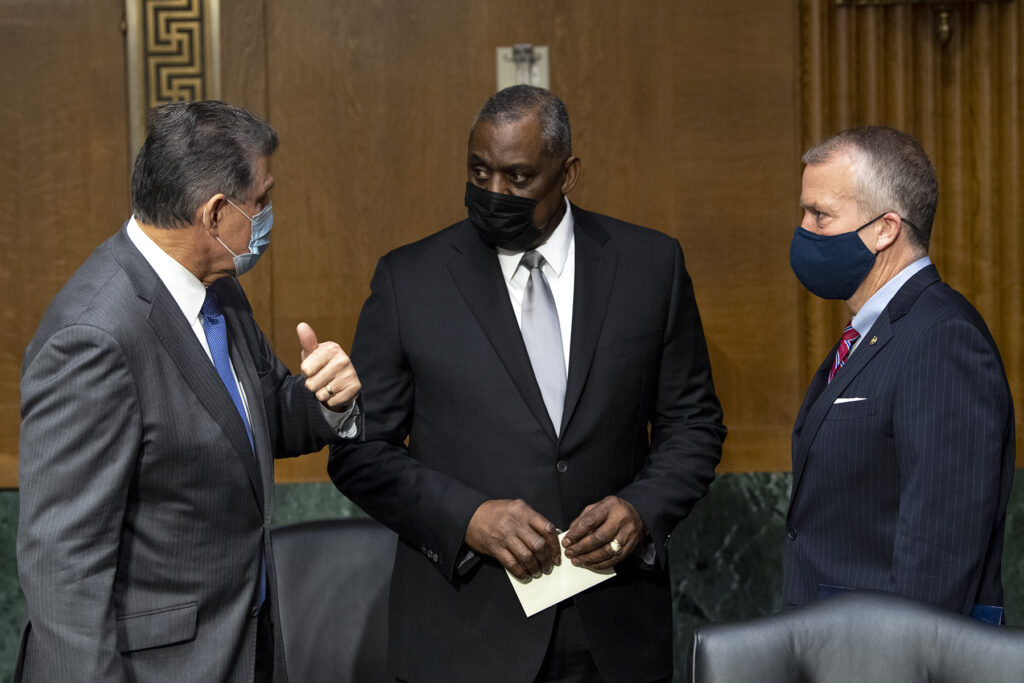 WASHINGTON: The Biden administration’s first budget this year won’t include a five-year spending plan, keeping with precedent set by the last three administrations in their first term.

The annual Future Years Defense Plan is a key piece of forward-looking planning that helps Congress and the defense industry gain a degree of transparency into the Pentagon’s acquisition plans and priorities. The POM also helps the military get a clearer idea of how it will make its strategy real. While the absence of the POM may create some friction on Capitol Hill, it is hardly out of the ordinary.

Neither the Trump, Obama or Bush administrations included the FYDP in their first budgets after taking office, as the new administration evaluates a range of acquisition programs ands tries to align them with the priorities of the new team.

In 2022, lawmakers are closely watching a wide variety of issues, including the Biden team’s appetite for big purchases of the F-35, the future of big-deck aircraft carriers, investments in hypersonic missile programs, Army ground vehicle modernization and plans for long range precision weapons.

“While it is understandable to skip sending a FYDP, given the delayed transition and compressed timeline,” Mackenzie Eaglen, resident fellow at the American Enterprise Institute said, “this team’s marquee budget is FY 2023. Everyone knows they inherited the last administration’s draft budget, and they’ll only have enough bandwidth to make changes at the edges.”

Regardless of any one administration’s priorities, the Pentagon is entering what Eaglen called the “terrible 20s,” a decade in which a host of weapons systems and platforms will reach the end of their operational lives leading to a need for more money to buy new ships, aircraft, helicopters and vehicles — and upgrade the nation’s nuclear weapons — all at the same time. Not having a long-range plan for those investments will only put more pressure on the 2023 budget to lay out some major decisions.

An internal Pentagon memo from new Deputy Defense Secretary Kathleen Hicks underscored the urgency the civilian leadership faces to make short-term decisions on major acquisition programs while rethinking force posture in an era where defense budgets are expected to be flat at best.

The Biden team’s focus, Hicks hinted, would be solely on the 2022 budget, pushing long-term decisions to next year’s budget build. The short time between senior officials moving into their offices and the budget submission, she wrote, means “the process to re-evaluate existing decisions will focus on a very small number of issues with direct impact on FY 2022 and of critical importance to the President and the Secretary.”

Tellingly, Hicks directed the Office of the Director of Cost Assessment and Program Evaluation (CAPE) to review a handful of critical acquisition efforts:

Those programs will all fall under a $715 billion request to fund the Pentagon in 2022 released by the White House recently. That budget would represent a slim 1.7% increase from the 2021 spending plan.

That number, when combined with inflation, would actually represent a slight decrease in defense spending in 2022. That dip has drawn criticism from Republicans who want several percent increase over inflation for  the budget, but has also been criticized by some Democrats who want to see the defense budget shrink in order to spend more on domestic programs.

“To have out years in the first year of an administration, you’d really have to have a running start” before taking office, said Mark Cancian, a senior advisor with the Center for Strategic and International Studies and former defense expert at the White House’s Office of Management and Budget. The Biden administration has said the obstruction it faced in the weeks after the election set it’s work back somewhat.

Even senior lawmakers from the president’s own party are growing frustrated by the lack of movement  and detail available from the new administration.

“I am deeply concerned about the Biden administration dragging their feet on getting us the damn budget,” chairman of the House Armed Services Committee, Adam Smith, said recently. “The White House itself is not doing the job they should be doing.”

It looks like the adumbrated budget will arrive some time in late May or early June.

Impact of COVID-19 ‘Safer at Home’ order on radiology utilization