“The Covid-19 virus has probably been in all flu vaccines”

Laureano Benitez Grande-Caballero, a contributor to Periodista Digital, has written ‘The Dictatorship in times of the virus: life ends, survival begins’, in which he questions the official truth about the pandemic “designed and planned by the psycho and sociopathic elite obsessed with globalism. ‘

«From the first moment of the declaration of the State of Alarm, seeing from my window the desolate urban landscape of the half-empty streets, and later the herds of zombies with masks and gloves; contemplating – or rather, knowing, because I did not waste a minute in watching the lies on television – the lobotomizing horror of the media, I understood from minute one that we were facing a threatening biological war, before a Dantean scenario orchestrated by the New World Order that goes even beyond Orwell, from The Divine Comedy: ladies and gentlemen, welcome to the Apocalypse.

Starting from this certainty, Laureano Benitez Grande-Caballero explains in conversation with ‘The Quilombo’ who defends that from the first moment he knew that the virus had not escaped from any bat soup, a certainty that began to feed his doubts, which ended up forming questions and uncertainties that had to be investigated, regardless, of course, of the media channels of the system, which pour out their spurious propaganda, passing it off as information.

This cataract of information released by the systemic media has two essential characteristics: they do not tell the truth, and they are aimed at provoking fear in citizens, dumbfounded by their savage indoctrination.

Is the coronavirus a biblical, apocalyptic plague? Is COVID an incarnation of Abbadón? This is what Laureano Benitez Grande-Caballero wonders, anticipating that “the aforementioned plague will actually be the satanic vaccine that is looming in the distance, with a chip and everything.”

«Let’s repeat it: a pandemic has been declared and a dictatorship has been established due to a disease whose victims are generally people over 70 years of age, victims who in most cases already presented severe respiratory, cardiovascular, or another type, and that, as if this were not enough, they have died in circumstances not always clarified. Indeed, if we take into account that a non-negligible percentage of these victims died due to the mismanagement of the residences, since the public administrations did not provide them with adequate protection or medications ― hindering the fact that the sick elderly could be referred to hospital facilities―, the final picture becomes a scenario that in no way justifies the establishment of dictatorships in many countries ».

Laureano J. Benítez Grande-Caballero (Seville, 1952) has a degree in Geography and History from the Complutense University of Madrid. From 1975 to 1993 he worked in Primary Education. Since 1994 he has been a teacher of Secondary Education. He currently teaches at the IES «Cañada Real», in Valmojado (Toledo). Author of more than a dozen books, among his works we can point out: “The golden heart” (Málaga, 2008), “The ark of wisdom” (Bilbao, 2007), “Suffering: a path to fullness” (Bilbao, 2006) and «The improvement of the students and the group through relaxation in the classroom (Barcelona, ​​2001). 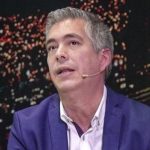 Since 2007, he has been the Editor-in-Chief of Periodista Digital, one of the ten most widely read digital publications in Spain.

Petronas Chemicals and PCC to build oxyalkylates plant in Malaysia